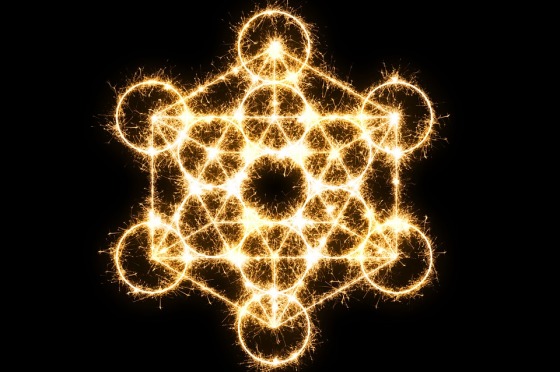 The people we choose to spend our time with often help us define who we are. While most of my time is spent with scientists, I am also deeply connected to the festival community. I have spent the last five years developing my relationships equally between the people I’ve met in STEM fields and those I have met at Burning Man. It used to be hard for me to reconcile my membership in both groups, but recently I have learned that this intersection has taught me a lot about science communication.

I generally describe Burning Man as an arts and culture festival that happens every August in the Black Rock Desert near Gerlach, Nevada. People from all over the world come together for a week of revelry and connection. Art and structures seen at the Burn can take years to make and are truly a sight to behold. The Smithsonian is even displaying some of those pieces in a temporary exhibit.  Needless to say, the desert and its art attract people from all across the spectrum of weird and interesting.

When participants at the Burn find out I’m a chemist, they generally bombard me with questions about making drugs. Alternatively, I get inquiries about how drugs affect our brains. These questions, while difficult to answer as a professional scientist with no experience with garage pharmaceuticals, also bring up interesting conversations about the intricacies of synthesis and purification of small molecules. I do a lot of organic synthesis in my job, so I am generally able to redirect the elicit content of our conversations towards legitimate discussions of chemical concepts.

My primary goal in most of these conversations is to get participants to understand my favorite chemistry joke: If you throw a polar bear and a grizzly bear into a lake, which one will dissolve first? The answer: the polar bear because water is polar and “like dissolves like.” Regardless of whether or not they understand molecular polarity, at least I am able to share something humorous about my discipline.

Questions based entirely in pseudoscience have been harder to answer. At first, references to astrology or energy healing would make me defensive. I’d try to end the conversation before getting too angry about the state of science literacy in the festival populations. But the point of going to these events is to engage in meaningful conversations. It wasn’t helping me, or them, to shut down dialogue. Further, I am often the only scientist these people have ever met, and I don’t want to enforce the already harmful stereotypes that the public holds about socially inept and arrogant researchers.

One day, a woman asked me about crystal healing. In particular, she wanted me to explain how geometric arrangements of hematite and copper had cured her depression. I  did not have a good answer. No part of my scientific training could prepare me to do anything except tell her she was wrong. But what would that have accomplished? It would not have convinced her she was wrong, and it would not have increased trust in the scientific community. Instead, I took a different approach that has changed the way I tackle pseudoscience.

“I’m glad to hear that worked for you,” I told her. “I don’t know that there is any peer reviewed research that addresses the use of crystals for healing ailments. I personally do not use crystals to treat my medical illnesses and I wouldn’t recommend it to others. But the important thing is that you feel better. And if that changes, I can refer you to some scientifically proven practices that I think will help.”

Those magic words, “I’m glad to hear that worked for you” changed the entire conversation. The woman began asking me about my own research and I got to talk about real science from my lab. I left that conversation feeling like I actually got to share my love of science with someone who might not have listened otherwise. At the very least, I added to scientists’ social capital by showing her that I was a real person who cared about her wellbeing.

It is really hard to change people’s minds about closely held beliefs. It is even harder to tell people that their personal experiences aren’t real. It is important for scientists to understand that when people come to them with beliefs grounded in pseudoscience, telling them they are wrong will often just reinforce the idea that the scientific community is not on their side. I am certainly not saying that we should advocate for pseudoscience, nor will I ever refer anyone to crystal healing for their depression. But we should try to advocate for people, and use our education and experience to help direct people towards trusted sources in science.

It’s not always going to work. I’ve certainly had conversations go much worse than the one I described above. But that doesn’t mean I’m not going to keep trying. Sometimes people just want to be heard, and I have learned to find tools that help them say what they need to say while also getting them to listen to my scientific advice. It’s a slow and tedious process. But maybe if we can get more scientists involved in these kinds of discussions, we could help people see that we are indeed the good guys.

View all posts by Ari Remmel